The Chesapeake Bay Foundation is pressing environmental regulators to address contamination in the creeks surrounding the old Sparrows Point steel mill in Baltimore County that is slated for redevelopment.

In reports issued this week, the foundation noted that while chemical and metal contamination in sediment and the water around Sparrows Point is not harmful to human health, it is deadly for small worms and other life on the bottom of the waterways.

“People might not care about what lives in the mud, but it’s the base of the food chain,” said Beth McGee, a senior water-quality scientist for the foundation.

The environmental group hired teams from the University of Maryland and a private firm to review water and sediment samples taken from Bear Creek, which flows along the mill property, for human health and ecological risks. One test involved putting small animals called amphipods into sediment samples. In some cases, more than 90 percent of them died.

“We have showed the mud at the bottom of Bear Creek — in areas — pretty much kills whatever you put into it,” McGee said.

For more than a century, Sparrows Point was a steel plant, mostly under the ownership of Bethlehem Steel. The mill changed hands several times before closing for good in 2012.

Over the years, regulators have attempted to force cleanups of contamination left behind from generations’ worth of steelmaking, much of it from before modern environmental laws existed. In 1997, state and federal regulators entered into a consent decree with Bethlehem Steel that required the company or future owners to correct environmental violations and study the extent of contamination, but the site remains polluted.

In 2014, Sparrows Point Terminal bought the 3,100-acre mill property with the goal of redeveloping it into an industrial campus. The company pledged to spend $48 million on cleaning up contamination on the property and gave $3 million toward the offshore contamination.

The bay foundation is concerned that the offshore contamination is not getting enough attention.

Horacio Tablada, deputy secretary at the Maryland Department of the Environment, said his agency also is working on an offshore contamination report that will be issued early next year.

Barbara Brown, the environment department’s point person on Sparrows Point, said there’s “some professional disagreement” with the bay foundation on how far out off-shore contamination extends. There is general agreement that human health is not at risk, but that there is “some ecological impact” in the creeks.

Brown said the bay foundation’s report and her agency’s forthcoming report are “step one” in addressing offshore pollution from Sparrows Point. Once the scope of the problem is defined, then potential solutions can be considered.

Options include dredging contaminated sediment out of the creek, capping it with a new layer of clean sediment or leaving it alone.

“It’s not going to be a quick answer,” Tablada said.

Meanwhile, studies and interim cleanup measures continue on the property as the new owners prepare for redevelopment.

Sparrows Point Terminal’s vice president of operations, Aaron Tomarchio, said in a statement that the company is working on the cleanup closely with the state agency and the U.S. Environmental Protection Agency.

“Our proposed development will be a greener, cleaner steward of the environment than the industry that occurred on the site in the past,” Tomarchio said. “We commend [the bay foundation] for their efforts in conducting the offshore studies, and sharing what they know with the community.”

This month, the Baltimore County Council passed a bill giving Sparrows Point Terminal zoning flexibility to put heavy industrial, light industrial and commercial uses on the property. The bill also allows for a faster approval process for developments on the site. 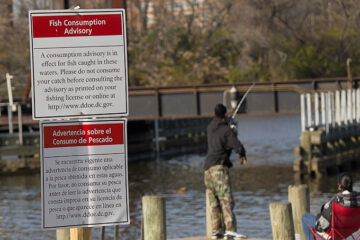 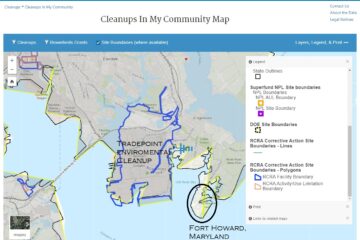 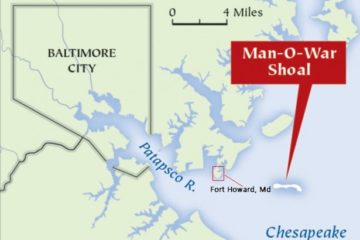 Save the Man-O-War Shoals

Save Man O'War Shoal from CCA Maryland on Vimeo. JavaScript required We are sorry but without JavaScript enabled, this widget does not work. Please enable JavaScript in your browser’s settings and reload this page. Reload Read more…