On  Friday, February  17, 2017 Fort Howard Community Association  received a phone call from the East County Times as seen in the caller ID photo. 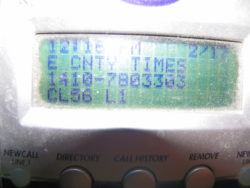 posing three questions related to a demonstration of support for our veterans well-being and the well-being of Fort Howard residents  :

Thank you for interest in FHCA affairs.

FHCA was demonstrating affirmation of Mr. Crandell’s long held position and campaign promise Fort Howard development will be limited and comparable to the existing community of  Fort Howard and it must be Veterans only at all cost.

Secondly, Himmelrich Associates  involvement with the EUL is not recognized by the Veterans Administration, therefore FHCA saw no basis or benefit taxing the limited time of our membership with exploratory and focus group meetings of this nature.

Again, thank you for your interest.

The FOIA response referenced above to the East County Times from the Veterans Administration follows:

Please accept this email as your official FOIA response to the FOIA below in which you requested any contract between VA and Sam Himmelrich.  No records exist.  As for your follow up on your other pending FOIA requests I have sent you an email to clarify what is still pending.  I will look to see what info I have received and try to get you a response as soon as possible.

This email will serve as your official FOIA response to FOIA request dated 12/31/2016 and updated request dated 2/14/17 in which you requested the following:

We have assigned FOIA Tracking Number 17-05493-F to your request.  Please refer to it whenever communicating with VA about your request.

Your request was processed by the undersigned.  You may appeal the determination made in this response to:

If you should choose to make an appeal, your appeal must be postmarked no later than sixty (60) calendar days after the date of the adverse determination.  It must clearly identify the determination being appealed and must include any assigned request number.

The appeal should include:

Addressing the third question posed by the East County Times.

Although at the time of the conversation it was agreed by both FHCA and the East County Times the third inquiry was unofficial and “off the record,” some of the subject matter exchanged did appear in the Times editorial published on February 22, 2017.

The board of the Fort Howard Community Associations cannot speak to the East County  Times less than honorable behavior but can  respond to their interpretations and to add many points omitted in their editorial.

-East County Times was advised by Fort Howard Community Association that it was informed by at least one member of the  FHCA that Mr. Taylor had called recruiting him/her to attend the Balco Club meeting;

-That at least one member of FHCA was requested to attend the meeting by some one other than Mr. Taylor and was asked specifically not to inform FHCA officers Mrs. Labuda and Mr. Pappas;

-And that at least one member of FHCA was recruited by Pete Christensen to attend the Balco Club meeting reference above.

-Based on FHCA members being recruited to attended the rumored Balco Club meeting Mr. Fred Hauck, Balco Club President was contacted in Florida by phone approximately 10 day prior to the Balco’s  February 16th, 2017 meeting.

-Mr. Hauck denied any knowledge of the meeting adding that “as president of the club you would think I would be told.”

-Upon Mr. Hauck’s denial of the meeting, no further inquiry was made by FHCA as to the legitimacy of the Balco Club meeting rumor.

Although the board of the Fort Howard Community Association takes exception to the tone, the multitude of material omissions, and the general unprofessional quality of the editorial, the fact the East County Times employees reporters of varying professional standards and journalist capabilities has been considered.

However,  Himmelrich  Associates in reality is merely a “potential ,” stakeholder in the project like Cignal Corp. when Cignal Corp.  announced their “owner ship,” of the VA property at the following SAVE FORT HOWARD meeting held last July 2016 that generated unnecessary anxiety and apprehension among veterans, veterans family members, and Fort Howard Community residents.

With no credible documentation from Himmelrich Associates and in light of the VA FOIA stating Fort Howard Development is the sole tenant of the VA property,  FHCA decided the most responsible course of action was to avoid a replay of the July 2016 SAVE FORT HOWARD meeting , at least until the VA verified any changes in the lease between Fort Howard Development, LLC and themselves.

-East County Time editorial   stated  “Jacob (Himmelrich) said that since the developer was not the one who called the meeting, they left notification up to its organizers. He said Christensen was in charge of inviting members of the community.”

FHCA’s  was unable to reconcile the East County Times claim  “Christensen was in charge of inviting members of the community,” and the fact Mr. Sam Himmelrich was in charge of personally inviting Mr. Pappas just two days prior to the meeting concluding there is the appearance people other than Christensen were in charge the “meeting, “orchestration.

-Was everyone called just two days prior to the Balco Club meeting like Mr. Pappas?

-East County Times editorial stated  “Further, Pappas questioned (Edgemere, Sparrows Point Recreation Council past President) Christensen’s motives in organizing the meeting, noting that he had planted the hundreds of trees on the Bauer Farm property for Mark Sapperstein’s Shaw’s Discovery project,”  but omitted Christensen’s ties to Sapperstien were not documented or sourced but  based on hearsay from the late past Edgemere’s North Point Council President Mr. Wujek, to Mr. Pappas during his tenure as North Point Peninsula’s Vice-President and pro-temp President in 2015.

-East County Times editorial omitted the economic benefit of a $5,000.00 payment made to the North Point Council  from Shaws Dsicovery developer Mark Sapperstein during the PUD process of that development. The payment was independently confirmed by  both the belated Mr. Wujek and Mr. Sapperstien to Mr. Pappas.

-Further, East County Times editorial omitted Shaws Discovery  development is 145 town-home on 200 acres in stark disproportionate contrast to  Fort Howard Development, LLC’s proposed 400 single homes and three high rise apartment building on less than 95 acres given the historic district within the campus not to mention the road is not sized for  handling the additional traffic load from the purposed “Metropolis.” 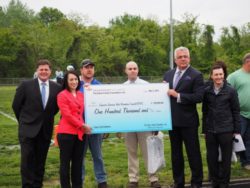 These payments from developers to  both of these civic organization Edgemere, Sparrows Point Recreation Council and North Point Peninsula Council,  suggests  their awareness of Himmelrich Associates   benefactor potential.

Mr. Stadler lives in the community of Edgemere,  not Fort Howard.

-The February 20th 2017 above email to East County Times clearly answers to the East County Times inquiry and could have been cut and pasted into the editorial thus avoiding  emotive and visceral words and phrases  like  “Boycott,” “Slogans of Opposition,” “”Outrageous,”” and “He stressed as well that the gathering outside was not so much a protest as an affirmation of their support for Crandell’s expressed position,” the editorial resonates.

East County Times editorial omits and avoids the  important  concerns and questions of the  scale of the proposed project and its intended use as written on the federal register by by VA Secretary Eric Shinsecki on October of 2011--FOR  THE BENEFIT OF OUR VETERANS, (NOT FOR THE BENEFIT OF PRIVATE DEVELOPERS PROFITS).

East County Times omitted current Executive Director of SAVE FORT HOWARD,   videoed taped here at Dundalk High School last year, was also present that evening at the Balco Club  in the sub freezing weather demonstrating his personal and  professional SAVE FORT HOWARD’s support of Mr. Crandell’s campaign promise and Mr. Crandell’s June 5,  2015 affirmation of ” NOT ON MY WATCH,” to veterans and residents at Fort Howard, Maryland.

-And East County Times editorial omitted  MR. DONNELLY IS A NORTH POINT PENINSULA COUNCIL BOARD MEMBER and EXECUTIVE DIRECTOR OF SAVE FORT HOWARD.

Mr. Donnelly  is  totally  opposed to anything less than veterans only development at Fort Howard, Maryland as he states in his own words in the above video.

FHCA suggest Mr. Donnelly be nominated as President of the North Point Penisual Council this upcoming 2017 Election in November.

-FHCA has suggested Fort Howard residents familiarize  themselves with Breaking the Development Logjam (New Strategies for Building Community Support , an excellent short book published by the Urban land Institute providing tactics, techniques and case studies for developers to overcome community opposition  to land development that may shed light on possibly why and how the Balco Club meeting was orchestrated with very little  attention if any to the residents of  Fort Howard attending.

With hindsight being 20/20, one must ask does it appear  Himmelrich Associates  honestly, genuinely, and sincerely  attempted to engage the Fort Howard Community Association and Save fort Howard in meaningful discussion or was the event a failed and botched attempt to create that appearance with a cast of actors from other communities furthering  their own interests? 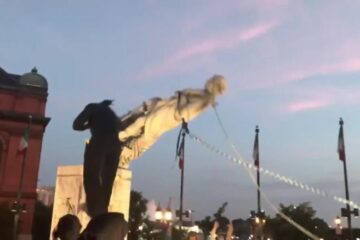 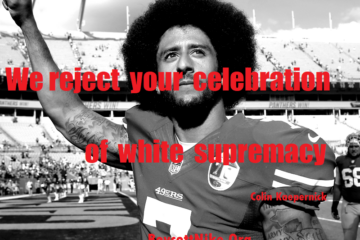 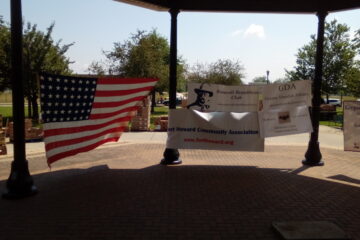